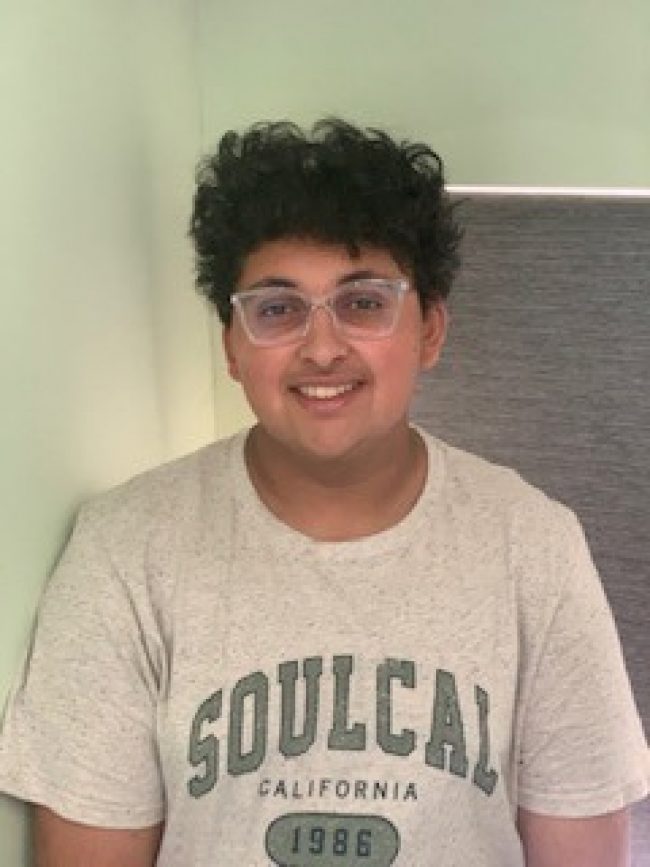 The Rajdhani Express by Rafi Ahmad is shortlisted for the 2022 Author of Tomorrow, 12-15 years.

An Interview with Rafi:

WNSF: What is your favourite book?

Rafi: One of my favourite books is The Crooked Sixpence by Jennifer Bell as I love its unique style and interesting worldbuilding.

WNSF: Who is your favourite author? Or one who has inspired you and why?

Rafi: I wouldn't say I have just one favourite author however I am quite inspired by many famous mystery writers such as Arthur Conan Doyle and Agatha Christie.

WNSF: What is your favourite subject at school?

Rafi: As much as I love English and writing overall I would have to say that physics is my favourite subject

WNSF: What does ‘adventure writing’ mean to you?  Why did you decide to try your hand at writing an adventure story?

Rafi: To me, I have always associated adventure writing with a mystery novel or thriller and those also being my favourite book genres I thought it would be interesting to try and attempt to write a short adventure story.

WNSF: If you could ask an author anything, what would you want to know?

Rafi: One question I would ask an author: How do you come up with a continuous stream of new ideas consistently?

WNSF: Who would you consider to be one of your heroes and why?

Rafi: One of my heroes would have to be Peter Higgs responsible for the discovery of the Higgs Boson, his ideas were often refuted for example the late physicist Steven Hawking bet another physicist Gordon Kane £100 that the Higgs Boson would never be discovered. However, losing the bet in 2012 when it was discovered at CERN

Rafi: One place I've always wanted to visit was Eas a' Chual Aluinn the largest waterfall in Britain

WNSF: Where do you find inspiration for your stories?

Rafi: Mainly key historical events for another one of my stories were set in Kashmir during the 1947 partition one of the most painful times in Indian and Pakistani history

WNSF: If you could time travel, where would you go and why?

Rafi: If I could time travel I would love to go to Norse times as there are so many lost and amazing pieces of mythology lost waiting to be rediscovered

WNSF: What three words would you use to describe your story?

Rafi: Three words I would you describe my story: Morality of murder?