Corban Addison, author of A Harvest of Thorns and The Garden of Burning Sand, is a writer used to extensively researching his novels. After winning the 2016 Wilbur Smith Adventure Writing Prize with his book, The Tears of Dark Water, we have continued to support and engage with Corban and his work. He has recently travelled to Baltimore and New Orleans, USA and Gabon, West Africa, to undertake research for a new book. Corban shared his thoughts with us: 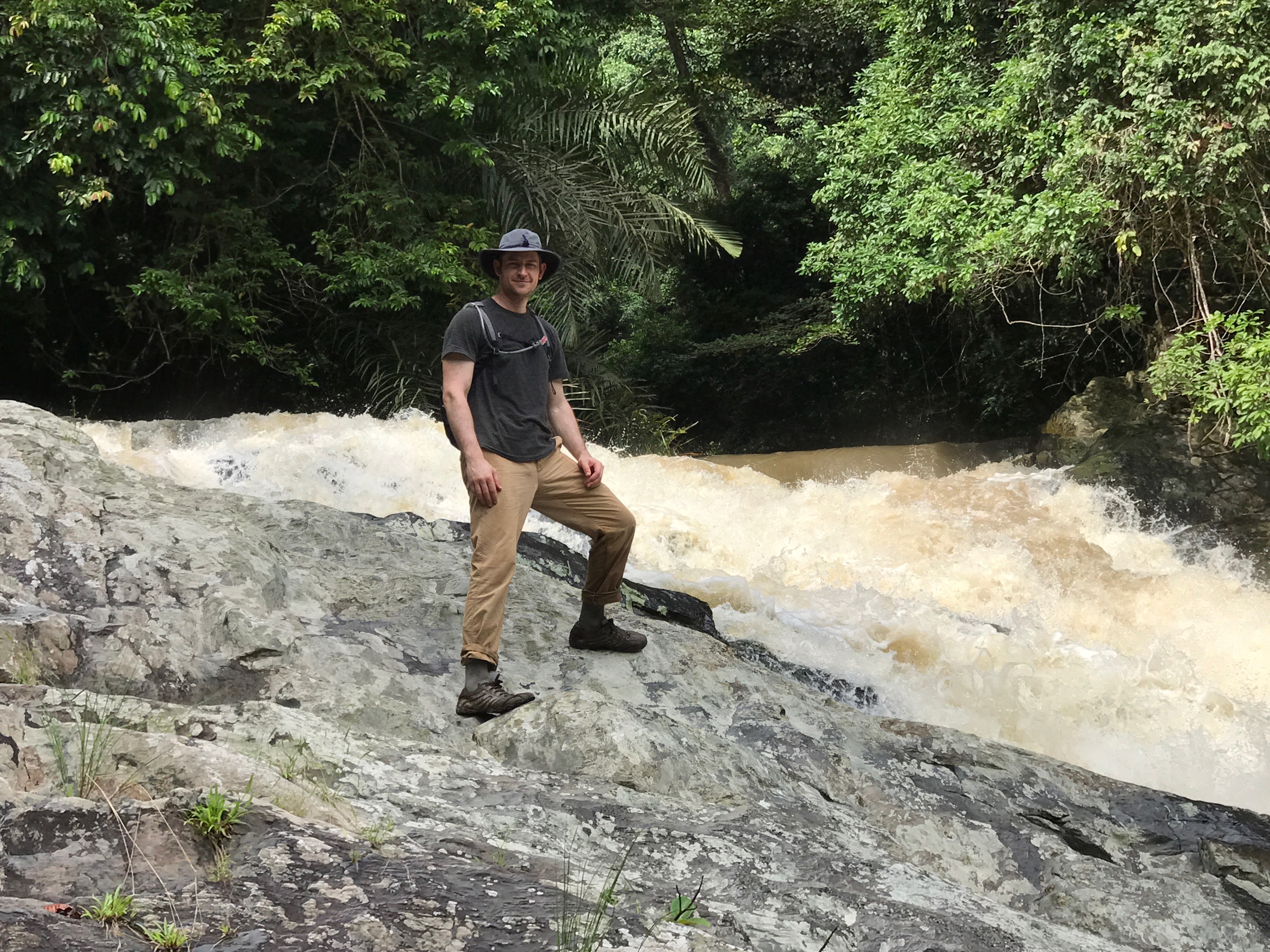 'Is it possible to travel in time? That’s a question that has haunted me ever since I decided to write a novel set in the nineteenth century. All of my previous work has been situated in the present. The research I have conducted has taken me all over the world and placed me in some hair-raising situations, all so I could walk in the footsteps of my characters and write from personal knowledge, not mere imagination. But I’ve never written a novel set in another time. I’ve never had the job of bringing a bygone world to life.

The past posed a major challenge to my quest for verisimilitude. I couldn’t reach back in time to see the places I planned to write about as they were in 1840. I couldn’t interview the denizens of that time to find out what it felt like to walk their streets. I couldn’t unwind the clock and take a survey of the land, or see what the weather was like, or how the sun set at the end of day. Peering through history’s veil seemed a daunting task. Other novelists had risen to the occasion, writing stories that made history sing. But could I?

At some point, I had an idea. Although time-travel in the sense envisioned by H.G. Wells in The Time Machine is still the stuff of science fiction, I could manage an approximation. If I set the book in locales that remain—in substantial ways, at least—as they were 150 years ago, I could travel to those places and dip my toes in the ocean of the past. I could piece together fragments of insight and reflected light until yesteryear took shape around me.

This conjuring—for that is the way it felt—happened first in the old port of Baltimore when I crossed the gangplank onto the polished deck of the U.S.S. Constellation, one of the last mid-nineteenth-century ships of the line not turned into scrap. Scaling the near-vertical ladders and exploring the shadows of the gun deck with its 32-pound cannons, walking between the hammocks on the berth deck, browsing the infirmary with its faded bottles of medicine and grotesque amputation equipment, and descending into the darkness of the hold, where barrels that once held foodstuffs, water, and whiskey were jammed between the great ribs of the ship, I felt transported. I could hear the officers shouting orders in the brogue-tinged patois of the naval service. I could see the sailors scrambling bare-footed up the ratlines to trim the sails high above. I could hear the creak and groan of the ship as it crashed through the waves, pitching and rolling like a cork.

This sense of time’s transparency happened to me again as I walked beneath the cast iron balconies along Royal Street in New Orleans and stopped for lunch at Maspero’s, a late-Eighteenth Century watering hole made notorious by the slave auctions that happened there before the traders set up shop beneath the grand dome of the St. Louis Hotel across the street. I could see the men in their frock coats and boots hunching over one of the old tables, negotiating terms for the half dozen Africans held captive on the floor above them. I could hear the carriages on the street, the clop-clop of horse’s hooves as they passed by. I could smell the fear of the slaves as they were brought down the narrow steps and met their new masters, knowing not what would become of them. My watch still told me it was 2017, but somehow I felt as if I were peering through a window at the world long ago.

And then there was my trip to Gabon, once known as the French Congo. Getting there was as twenty-first century an enterprise as the iPhone I carried in my pocket. But as soon as I left the frontier towns with their tarmac and electricity and traveled deep into the bush, I felt it—that quiet, unspectacular shedding of the present, like scales from my eyes, hinting at something more durable and old, even ancient, just beneath the surface of things.

For five extraordinary days, I lived by the light of kerosene lamps, bathed in rivers, slept in thatched huts with windows open to the rain, and walked dozens of miles through a land that some have called “the Last Eden,” a virginal patchwork of rainforests and savannah largely untouched by the hand of man and brimming with wildlife—gorillas, chimpanzees, monkeys, hippos, elephants, buffalo, leopards, lizards, crocodiles, snakes, and birds. Wandering past centuries-old Okoume and Ceiba trees, drinking spice-scented water from a vine, fording muddy rivers, and watching the sun set over a sea of wild grass, I felt that presence again, the proximity of the past, whispering in my ear of what came before.

Is it possible to travel in time? Perhaps not. But in Baltimore and the French Quarter and Gabon, I saw visions of the past that transported me just the same. Like the glow that indwells a diamond when it catches the light, the flame of the past continues to burn wherever people devote themselves to preserve and remember.'