In late 2017, Moyo wa Afrika were one of four awardees who received our Literacy Fund Grant. Founded in 2011, the organisation helps to develop remote villages throughout Tanzania with healthcare and education services. We caught up with its founder, Karah Germroth, to find out more about what they do – and how the grant will help them.

1.    What inspired you to start Moyo wa Afrika?

I first came to Tanzania in 2011 with a friend, as volunteer teachers. We visited Engaruka village, where the girls there couldn’t afford to go to school and were doing everything from cooking to cleaning.

Two of the girls, Neema and Nanyorri, really inspired us, and we found sponsors for them to go to school. We didn’t go there with the idea to start the organisation, but as we found more sponsors for more girls and were sent more books, we decided to start work on a girls’ centre.

There were others who had left school for various reasons and had ended up staying at our own house, in the city of Arusha. We realised that if there was a boarding house, it would provide easier access to the programs, so we started having people from all over coming to stay. We soon had a lot of NGOs onboard too, so we were also able to begin providing free English lessons and computer training.

If we find a need, we’ll strive to develop a programme for it that helps the most people possible, in a the way that the community wants. 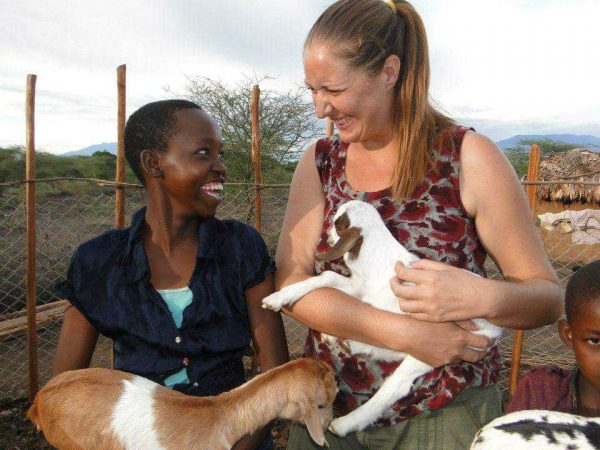 2.    Who usually benefits from your organisation?

It’s mostly girls and women (around the ages of 15 to 20) who, once they’ve completed their education and have secured a job, are able to send some money back home to support their family. We usually have 8 to 15 girls staying at the centre whilst they complete their programs. We also try to work directly with medical facilities like maternity centres, dispensaries to benefit the community as a whole - we recently installed two bathrooms for a maternity clinic, for example. In 2017, I’m proud to say we helped around 1600 people via our support health and education services!

3.    Do you have any success stories you can share?

Oh, absolutely. I remember one girl from the Selela village, Jennifer. After finishing her English and Computer training with us, she received a loan to study pre-school teacher training and was eventually hired there. They opened a new centre and made her the manager – she now oversees all of the other teachers!

There was also Shilalo, from Engaruka village. She was from a very rough background and had very little support but was one of the highest performing students (out of 150) at school. She entered secondary school and achieved “A” grades on everything.

We sponsored her to go to a better school but quickly found out she didn’t speak any English at all – she’d just memorised huge sections of the textbook to pass the exams. She’s now learned English, and recently scored a Division 2 in her latest exams, which is just a couple of points away from the top mark. She really wants to go on to become a doctor. 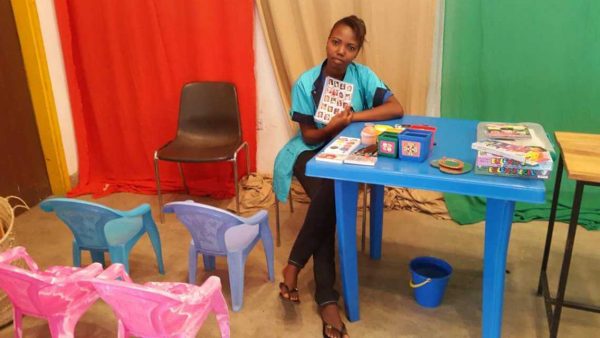 4.    What's been the biggest challenge you've had to deal with so far?

We’ve had mothers pleading with us to include their daughters in their programs, and there are some fathers who don’t want that. As horrible as it is, in the Maasai culture, girls who are less educated have a higher bride price.

We work really hard not to come between the community that we have such a good relationship with, so it can be difficult at times. There’s a lot of misinformation about health. It’s important to us that we’re don’t try to change their culture, but help with education at the same time – for example, by running workshops for pregnant women.

Over here, learning involves a lot of rote memorisation. If I mention an exam to the girls, they go straight into memorisation mode. As someone who loves reading, I wanted to introduce the book club as something for when they come home, as a casual way for them to learn to enjoy reading.  In particular, there’s some great African and Tanzanian literature that offers a lot of depth on FGM – something still unfortunately present in Maasai culture. I feel like fiction can help people to connect and better understand this type of difficult issue.

We’ve placed an order for the books that are on the secondary school’s syllabus, and we’ve also made arrangements to take the girls on an adventure trip to a National Park at the end of March. We’ll hold a workshop around then, too, so that they have time to write stories about the trip over the Easter holiday.

They’re very excited about it – as a teacher myself, I love that kind of stuff, so I’m looking forward to it too!